What Factors Determine Liability for a U-Turn Accident? Fortunately, our South Bend auto accident attorneys are prepared to help. We offer a free consultation to discuss your claim. There are no upfront fees, and there is no obligation to take legal action.

Below, we discuss some factors that may help determine liability after a U-turn accident.

Was the U-Turn Legal?

In many accident cases, it is important to determine whether the person who caused the collision broke a law. If so, then the person may be liable on the legal basis of negligence per se. This is a legal theory that states a person who violates a statute without reason has automatically breached his or her duty of care.

This means that someone who made an illegal U-turn and crashed into you may automatically be liable for your damages. Remember that you must still prove that driver’s actions directly caused your damages, though.

However, U-turns are not always illegal. Indiana law allows drivers to make a U-turn at certain intersections. U-turns are only illegal when:

If the driver who made the U-turn did so legally, then other factors must be considered.

Did the Driver Violate Someone Else’s Right-of-Way?

Drivers attempting a U-turn must always yield the right-of-way to oncoming traffic.

Some controlled intersections have a green arrow for traffic in the left-turning lane. Unless prohibited at the intersection, this arrow also applies to drivers attempting a U-turn. This means drivers making the U-turn have the right-of-way.

However, in some instances, the driver making the U-turn may still have to yield to drivers making a right turn and anyone in the crosswalk. If the U-turning driver fails to yield and a crash occurs, then he or she may be liable for the damages.

It is important to note that if the collision is between a U-turning driver and a pedestrian who crossed the road while there was a “do not walk” sign on, then the driver may only bear partial liability. Even though the pedestrian would be in violation of jaywalking laws, the driver still has a greater duty of care to the pedestrian.

What if Another Driver Violated a Traffic Law?

Although the driver making the U-turn is usually the liable party, there are some instances when someone else may bear at least partial fault for the crash.

Say, for example, if another driver violated a traffic law, such as running a red light or a stop sign, before crashing into the U-turning driver. In this scenario, the driver who violated the traffic law would most likely bear full responsibility for the crash.

The U-turning driver and a driver in oncoming traffic may also share fault in some cases. This generally applies when the driver in oncoming traffic was speeding or distracted. The driver would only bear partial fault because the U-turning driver has the greater duty of care to ensure the road is clear before making the U-turn.

What Evidence May Prove Fault for a U-Turn Accident?

Some of the evidence to help prove a person is at fault for a U-turn accident includes the following:

Our attorneys are prepared to help you gather the necessary evidence to prove your claim.

You need experienced legal help to recover maximum compensation after an accident because the insurance company will look for any excuse to deny your claim. Our attorneys have decades of experience and have helped clients recover millions in compensation.

We offer a free consultation and no fees while we work on your case. There is no risk to you. 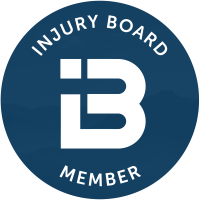